Nigeria Is What We’ve Got: Lets Preserve It 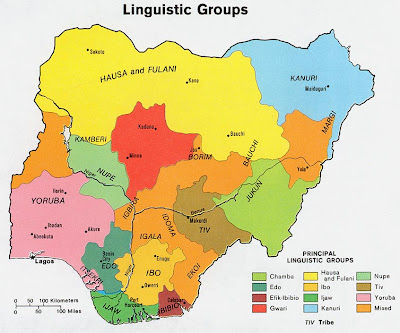 In brief, I think we Nigerians need to keep reminding ourselves of certain things over and over again;

Nigeria would be a better place if we all kept greed aside and focused on a united Nigerian dream.

Being a patriot does not start and end with lip service. If we really and truly love this country of ours (Nigeria), we would do whatever it takes to preserve it and not destroy it.

Our cynicism and conspiracy theories are enough to destroy this country of ours just as by bombs. We must let go of these if we must move forward as a country.

I know a majority of us do not know what it feels like to be a refugee in another land. We must therefore learn to protect and preserve our own (Nigeria).

I believe in One-Nigeria and together it’s possible. Let’s do it!.

Popular posts from this blog

- January 29, 2009
Three weeks ago, out of boredom, I decided to go online. After checking my mails and checking out if I had any new alerts in my Facebook and MySpace accounts , I came across this horoscope website by Jenna. I was browsing over the testimonials on how gifted she was in foreseeing events in the future. After all the great reviews of Jenna's clients, I decided to give it a try so I signed up for an initial reading of my "stars". Three days after, I received an email from Jenna herself. The email surprised me. In a way everything she said was "somehow" true. I however decided to research more about Jenna and her website www.aboutastro.com. I was more surprised with what I have found out about her. She was a fraud. Her site does free astrology reading but you have to pay $60 to her by credit card in order for her to continue with the readings and if you delay, she will reduce it to $45. There were alot of reports from her clients that after paying, they recei
CLICK HERE TO READ MORE»

Not everyone starts off easy

- August 22, 2016
Not everyone starts off easy. Not everyone has it all laid out for them. However, that you did not or do not have it all laid out for you, does not mean you have to achieve less or remain incapacitated. Truth is, soaring in life is often times akin to riding a bicycle. For those of us who are familiar with bicycles, we know that to really get going, you have to gather momentum. Same applies to life. Even water understands that to really get going, all it needs is perseverance till it breaks through the rock, and after that, it flows so freely and beautifully and is simply unstoppable. What do you desire today? Perseverance is a trait of champions!
CLICK HERE TO READ MORE»

The 2009 edition of the Carnival Calabar held on December 27 deviated from the norm. Unlike the four previous editions which started in the morning and ended in the night, the event not only held on a Sunday (the first time it would hold on the day), it also started around 3pm and ran to around 5am of the following day. Though some people felt the carnival could have been shifted to the next day if the organisers really wanted people to enjoy their church service, Carnival 2009 was not devoid of its characteristic pomp and ceremony. Despite the five competing bands - Freedom Band, Masta Blasta Band, Bayside Band, Seag ull Band and Passion Four - and the non-competing b ands taking off at Millennium Park after the scheduled 2pm, people; old, young and children, lined the streets well into the night along the 12-kilometre procession route. The excitement was contagious as Nige rians and foreigners either followed the procession or waited for them on the well lit streets. If the streets
CLICK HERE TO READ MORE»